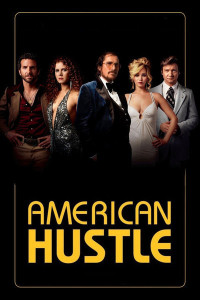 The opening scene of American Hustle has gotten a lot of attention, and deservedly so. When we first meet oily, small-time scam artist Irving Rosenfeld (a perfectly unassuming Christian Bale), he is out of costume and out of character. Irving is here as a captive of the FBI and the only chance of winning back his freedom rides on pulling off a dazzling scam. But this stooped, paunchy turtle of a man seems incapable of dazzling anybody. His stomach bulges out of his unbuttoned shirt and his balding scalp is a sad cobweb of thinning hair. With showtime drawing near, he rises from his chair and starts to put himself together. We watch for what feels like many minutes as he arranges his comb-over, painstakingly applying glue and extra patches of hair, patting down his unwieldy creation with precision and focus. When he leaves that hotel room, he is a different man, stylishly coiffed and done up in 1970’s period attire so hypnotically gaudy that we may be staring at an optical illusion. This scene lends an immediate sense of gravitas to American Hustle’s fixation with dress-up and make-up and accents. It is precisely the right prologue for a film that admires the power of razzle-dazzle and deeply respects the detailed process of sculpting identity. The process is key. We watch an earnest, overweight schlub transform himself into a suave dynamo, not all at once, but piece by piece. A bit more combing here, a bit more glue there. Irving transforms into his confident alter ego by putting care and meticulous attention into every aspect of his transformation. It is about acting not only as an art but as a state of mind. There is something inspiring in the idea of reinventing yourself, of creating a great character that can raise a defiant middle finger to the unassuming, lackluster one the universe has tried to write for you.

Like many David O. Russell films, American Hustle has a shaggy, anything-goes style to it, but it is the first of his films to have drawn any serious negative heat for being wild and wooly. Love them or hate them, these are the facets that make David O. Russell a distinctive voice in the cinematic landscape. In Silver Linings Playbook, he seemed to delight in creating scenes that never committed to one single emotional tone, darting erratically from angst to pathos to humor. Here he invests deeply in the relationships among his sprawling cast, combining them into new permutations like a child with a science kit, fascinated by how the dynamic changes when he adds a new character or takes one away. American Hustle is a messy film about messy characters, where the central scheme, about entrapping corrupt politicians with phony money from fictitious Arab investors, is practically an afterthought. All that matters is that Irving and his devoted mistress Sydney Prosser (a luminous and funny Amy Adams) have been nabbed for running a lending scam, and they must now help FBI agent Richie DiMaso (Bradley Cooper, completely unhinged) apprehend a different set of criminals if they wish to avoid jail. It is the tale of two star-crossed charlatan lovers who have to act, sing, and tap-dance their way out of a jam. It is a movie about hucksters fleecing bigger hucksters to stay alive.

Along the way, we learn that Irving also has a possessive, self-absorbed New Jersey wife named Rosalyn, played by Jennifer Lawrence in a turn that sucks every ounce of electricity out of the room and then gleefully spits it all back out again, Rosalyn is paradoxically both a conductor of chaos and the source of stagnation for Irving, Sydney, and herself. Irving has been in love with Sydney for many years, but Rosalyn’s fierce, fool-hardy determination to keep him around has trapped them all in an endless dysfunctional loop. Late in the film, when Rosalyn finally starts to realize that she must create a new way forward without Irving, she sheepishly admits that she is terrified of shedding her old life. She is an intriguing foil for the swindlers around her and for the film’s themes of adaptation and survival. In a film about people who don disguises easily, she is unable to bottle up the prickly essence of who she is. As Irving tries to reel in Carmine Polito (a fantastic and subtle Jeremy Renner), the mayor of Camden and a loving family man, he is forced to bring Rosalyn along on the con, and yet he does not dare tell her that he is trying to pull off an elaborate fraud. Rosalyn has no notion of the precarious position the other characters are in, and the film mines her obliviousness and indelicacy for a lot of great humor. Jennifer Lawrence’s flamboyant, fuming star turn is such a force of nature that it almost threatens to send the whole show flying off the rails, but it feels fitting on some level because she represents the same threat to the con job within the film. Whether or not she goes too far with her characterization feels almost irrelevant at this point. Like American Hustle itself, watching the sparks fly off of her performance is the entire appeal of the thing.

Many of the film’s detractors have taken it to task for being less than the perfect sum of its dazzling, disco-ball parts. Most seem to agree that the film is an impeccably acted, sharp, and often funny valentine to the art of faking it, but they argue that this theme is just too light and airy to make American Hustle anything more than a rollicking, glitzy masquerade. I will concede that there are numerous films that spoke to me more vividly on an intellectual level this year, some of them even falling outside of my Top 20. But I reject the argument that a film celebrating and examining America’s love of disguise, showmanship, and bravado is inherently slight. “Everybody hustles to survive” may sound more like a glib slogan than the starting point for a rich examination of the American dream, but there is a kernel of simple truth to it. Anyway, the film’s take on survival as an act of sheer, inventive willpower is abundantly more poignant and fleshed-out than that slick tagline would indicate. 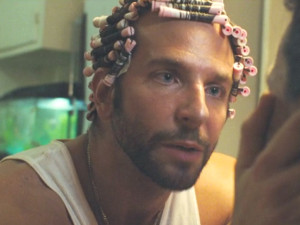 A lot of that credit belongs to another David O. Russell ensemble that knows how to blend subtle personal drama with free-wheeling humor and energetic character dynamics. The film is able to blossom into a moving mantra of reinvention because it is harnessed to the magnesium flash of performances that are bitingly funny, emotionally layered, and fearlessly alive. Like Irving’s combover, part of the thrill of American Hustle lies in watching the shambling mass of disparate scenes transform itself into a dazzling and thoughtful piece of cinema through its sheer self-confidence and cult of personality.

Like this year’s Wolf of Wall Street, American Hustle is fascinated by our culture’s fascination with liars and how they subversively tap into bootstrap narrative that defines the American dream. If there is a major point of weakness in the film, it may be that it can feel disingenuous when placed next to a film like Wolf. The end of Wolf accuses America of being hopelessly drawn to those who would defraud us. American Hustle cheerily exclaims, “And how!” Scorsese’s film is a furious post-recession indictment of charlatans and a fiery condemnation of the culture of easy marks that enable and glorify them. Russell’s film presents hustling and flimflam as positive metaphors for adaptation and survival. He seems to genuinely love every one of his characters, regardless of how duplicitous they may be. Russell is not out for anyone’s blood.  For a movie centered around an operation that exposed political corruption, American Hustle does not have much to say about the corrosive effects of duplicity. And yet, it feels wrong to accuse a film of being counterfeit when it throbs with so much honest and well-earned human emotion. In the end, maybe American Hustle is a bit of a shimmering mirage. It may just be a dazzling tapestry that reveals itself to be cobbled out of cheap cloth when we see it in the light of day. But it sure does clean up nice.