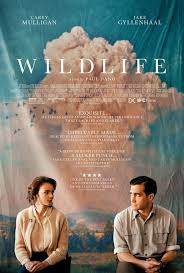 The 1950s and early 1960s are often presented as a time of stifling traditionalism. There’s obviously a lot of truth in that assessment. The liberated spirit of the the later 1960s was largely a reaction to that very same oppressive sense of propriety and uniformity. Still, people have always been people even in the most buttoned down of eras. I like films that find the humanity in repressive periods. Superficiality and repression have always existed, but there have always been human beings who chafe at those norms and question them. I think of Todd Haynes’ sublime Carol, where we plainly understand the cruelly restrictive social systems that threaten our two female protagonists ability to have a life together. but where we also see the shades of grey. The ones enforcing the arbitrary norms seem barely conscious of what they are doing; that there can be any other kind of life than the one dictated to them by their cultural surroundings. These people aren’t evil. Some of them act with honorable intentions, but lack the imagination to see past the blinders of their own time. A film like Carol is honest about how repression manifests and it allows for the hope that times and people can grow and change. Surfaces and superficiality have been terrible ills for a great many people, but people are also resilient. Not even the rigid, manicured normativity of 1950s America could entirely corral the restless human spirit. The nation would learn that in the decade to follow and it’s a good and empowering thing to remember. Norms and surfaces may be erected to contain people, but they cannot do so forever. What I love about films like Carol and actor Paul Dano’s directorial debut Wildlife  is that they capture the beautiful, composed essence of their time periods while also finding the unruly, irrepressible humanity roiling underneath the pretty facade. We can appreciate the time period for its lushly polished aesthetic while also rooting for our heroines to to topple the facades; to break free from what makes the 1950s aesthetic claustrophobic and sterile. 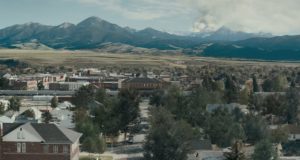 And what we’re specifically rooting for in Wildlife is basically a divorce. Maybe rooting is a strong word, but I’ll table that for now. WIldlife is the story of a small nuclear family living in a tiny Montana town in the year 1960. The 1950s have just ended and the embers of war, social unrest, and great cultural change are smoldering just over the horizon, unbeknownst to our protagonists and the rest of sleepy suburban America. There is also an actual blaze to contend with. A large forest fire has broken out just over the mountains, close to the town where fourteen year-old Joe (newcomer Ed Oxenbould, tremendous as the film’s stable center) lives with his parents, Jerry (a very strong performance by Jake Gyllenhall) and Jeanette (the great Carey Mulligan, as subtly powerful as she’s maybe ever been, if you can believe it). Jerry has lost his job as a golf instructor at the local country club and this leads Jeanette and Joe to go looking for their own jobs to help supplement the family income. Jerry’s ego rankles at the idea of his wife having to pick up the financial slack for him, but Jeanette is enthusiastic about having a purpose outside of the home. In a different film, Jerry’s unemployment and his insecurity over his wife working would be the film’s main conflict, but in Wildlife it is just a catalyst, a spark if you will for the more complicated emotional crisis to come. Jerry’s old employer actually offers him his job back within a week. But he is too wounded and stubborn to go back to them. Instead, feeling an ineffable dissatisfaction with where his life is (what he calls “a buzz in my head”), he impulsively enlists in a volunteer fire brigade and takes off to fight the wildfires, to Jeanette’s great frustration. The gig does not pay well, he will be away from his family, and it may take months and months for him to return if he doesn’t perish in the process. Jerry goes off to the mountains and leaves Jeanette and Joe to hold the homestead together. And the thing that quickly becomes apparent is that their livelihood and well-being is never really in any great jeopardy. Joe is a responsible, grounded kid who can pitch in while his father is gone. Jeanette confidently argues her way into gainful employment as a swimming instructor. The conflict then is not what Jeanette will do with her husband gone, but that his absence sparks her dawning realization that she doesn’t need him at all. Jeanette is furious at her husband’s flightiness and po-faced idealism and her righteous anger kicks off an irreversible chain reaction of independence and self-actualization in her, starting with a new job and building to an affair with an older wealthy businessman (indispensable character actor Bill Camp). And the thing that astonishes Jeanette the most about her small revolution is that she feels no need to second guess herself. Even the presence of her child has no way to quell the blaze of self-determination inside her. On the night she first kisses her new paramore, with Joe waiting in the car, Jeanette blushes with both shame and delight. “I surprised myself,” she says. 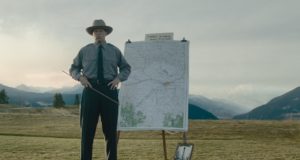 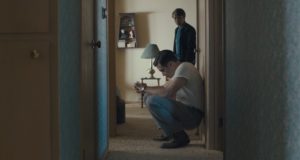 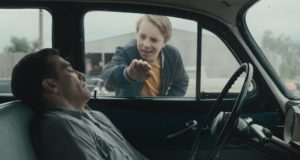 Wildlife tackles the breakdown of the traditional nuclear family unit, but does so without an ounce of judgment. The film sees its characters do complicated things. Things that are selfish and hurtful and maybe even unsympathetic. But it captures these decisions with empathy and a very kind sort of curiosity. Married screenwriters Paul Dano and Zoe Kazan (the same Zoe Kazan who delivered awards-worthy work in 2018’s The Ballad of Buster Scruggs and is one of our most all-around ascendant talents) have adapted Richard King’s novel into a thing of potent, eloquent beauty. On my second viewing I was struck by the unfussy, economical poetry of the dialogue. In the hands of the fearless Carey Mulligan, Jeanette becomes one of 2018’s most thrilling, poignant and real screen creations. This is a beautiful, gripping portrait of a woman not so much discovering herself in real time as revealing a ferocious confidence and self-reliance that was there all along. Far from feeling social pressure to hide the independence building up inside of her, she is hungry to express it and adamant that her child sees it. Joe is an audience surrogate with his own nuanced inner life. The fact that no awards body seemed to even consider Ex Oxenbould for a Best Actor nomination is a measure of their myopia, but also just tells the tale of how rich 2018 was for nuanced, deeply felt performances. Together, Mulligan and Oxenbould create a rich mother-child relationship and one of the best portraits of divorce (or impending divorce anyway) that you will ever see. Like the film, the performances carry no judmgent, only empathy and insight. Joe is taken aback and alarmed by what he sees suddenly happening between his parents. But he also carries an uncanny sense of wisdom and calm about it all. He never thought he’d see change this drastic and it upsets him greatly, but he is not self-deluding. There is something happening here. The future is breathing down the necks of him and his parents and he knows that something is about to change forever. 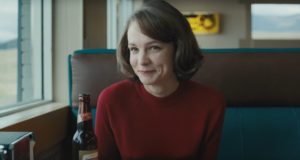 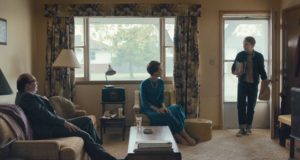 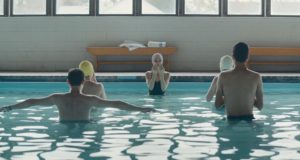 Wildlife is interested in humility in the face of unstoppable, life-altering events. Recognizing that so much of life is out of our control, even in an era defined by its sense of order and pristine decorum. In an early piece of foreshadowing, a fireman gives Joe’s class a lecture about the growing fire and its risks. “A fire can be a positive force,” he says. Then he adds that it can also scar your lungs. The same is true of the burning down of Jeanette and Jerry’s relationship. At this point in their marriage, it’s probably best that it burn away. But that doesn’t mean it will have no ill effects on them or on Joe. The effects of this domestic blaze remain to be seen. They will probably all be okay in the cosmic sense but the ordeal will probably also leave scars on them. At the end of the day, it is what it is. What the characters in Wildlife go through is painful, but there’s really nothing to be done for it. Change is threatening, but it is an implacable force. It means us no outward ill will. Change is not out to hurt us, which is different than saying that it won’t hurt us. When massive, unconscious forces enter our worlds, all we can do is survive them and weather them. While young Joe is upset about what’s happening to his family, he knows deep down that this fire is too big to fight or contain. Human growth and change are wild, elemental forces. Like Joe, the film regards them with hopeful concern, curiosity, and finally acceptance. 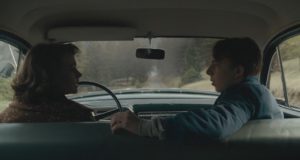 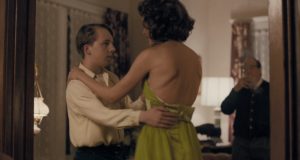 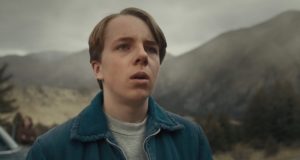 Wildlife is a gorgeous snapshot of small town America in the early 1960s, at the close of the Golden Era of the 1950s. And i would go so far as to say that it is partly about the 1950s and 1960s, both. It gazes back at the time period that Jeanette and her family are leaving behind, and it anticipates the liberated decade to come, when vast swaths of society would cast off the shackles of repressive attitudes and question old, antiquated mores. Jeanette is that cultural awakening in miniature. The 1950s were a decade rife with obligation and the pressure to keep up appearances. They were a decade with a strong, clearly defined sense of what you could and could not do. The epiphany that ignites in Jeanette’s brain is that this is all smoke and mirrors. There is precious little she cannot do if she chooses to do it. If all that is standing between her and her own happiness and emotional health are arbitrary norms and the threat of judgment, why not just trample those underfoot? She realizes the social mores of her time weak adversaries. She can suddenly see through them, and on the other side of them is a frontier of self-discovery that is exciting and also a little terrifying. Mulligan plays that dawning consciousness with both giddy excitement and melancholy bewilderment. Jeanette really does surprise herself. Wildlife sees the moment right before the dam of Post-War propriety and rigid normativity would break for good. It stands back with awe-struck eyes and watches this family negotiate something unexpected, painful, and unstoppable. Change can knock the wind out of you. But this family’s metamorphosis, like the social changes soon to come, is almost certainly for the better. 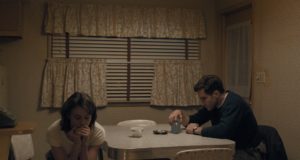 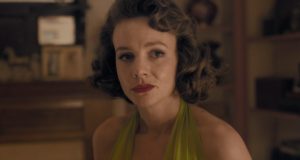 Wildlife doles out its heartache with gentle grace. It loves its characters and wants them all to be happy. But it cannot protect them from their personal conflagration. This is something they will all have to go through. Or perhaps this is something they have already gone through. There is nothing to indicate that Wildlife is literally being told from the future looking back. There is no voiceover from an adult Joe or a coda set many years later. But it feels like a ravishing, painful memoir. It is delivered in the tender, candid voice of someone who has weathered a family crisis and can now look back on it with serene understanding. Wildlife is a bracing and unsparing look at domestic dissolution, but it also overflows with love. It is sad but also the furthest thing from miserable. It’s most bitter truths are leavened with the sweet excitement of growth and discovery. It takes its memories of discord and heartache and throws them into the fire. With enough time and perspective, what was once sorrowful can become a source of warmth of light. 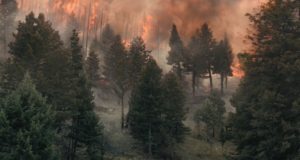