Much as I may dread this annual lull in quality cinema, it is just an inevitable stage in the circle of movie life.  Over the years, I have found a variety of ways to cope with the artistic tedium of this time of year and make the winter months warmer. I bask in the glow of Sundance tweets, which at this time last year had already announced the debut of the stellar Before Midnight, and which are now preparing us for what sounds like another thoughtful masterwork from Richard Linklater: Boyhood. Tessa and I plan our annual Academy Awards party this time each year. We dream up dishes for all the Best Picture nominees and hope against hope that the Academy will make as few questionable decisions as possible. Quick tangent: I don’t actively dislike a single film nominated for the big prize this year, but do we really need to hand two of the biggest prizes to the well-meaning but middling Dallas Buyers Club?

More than anything else though, I absolutely live for Top 10 season, which has always felt like Oktoberfest to me! With the fields once again relatively fallow, it is time to grab our favorite steins, head down into the old cellar, and inebriate ourselves with the richness of the past year. It is time to drink it all in until there is not a drop left, and then look toward 2014 with clear eyes and hungry hearts. 2012 was an excellent film year, and I said that I would be ecstatic if 2013 were even half as good for movie-lovers. It gives me the greatest pleasure to say that 2013 was even better than 2012. We have borne witness to a year when burgeoning young talents and old masters alike consistently pushed things forward. I am overjoyed to live in a time when Martin Scorsese, Alfonso Cuaron, James Ponsoldt, the Coen brothers, Sarah Polley, Spike Jonze and J.C. Chandor are all either making names for themselves or building upon already legendary careers. 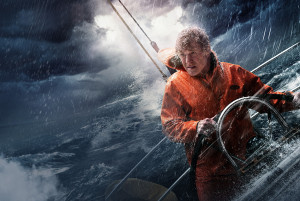 In less than two weeks, the podcast will do its year-end wrap-up with Top 10’s from Robb, myself, and some friends of the show. For now, I want to start posting reviews of my #20-11 films, as a way of both teasing up to our Top 10 week and acknowledging a year so stoked with beautiful films that ten slots could not begin to do justice to its breadth. So, without further ado, I am posting my #20 above this, with more soon to follow.

Thank you to anyone out there who follows us, listens to us, reads what we write, or just shares our giddy, all-encompassing love for moving pictures! As we set off into the Year of the Horse, we hope even more of you decide to ride along with us!